Principles for the Study Of the Bible: Word Study 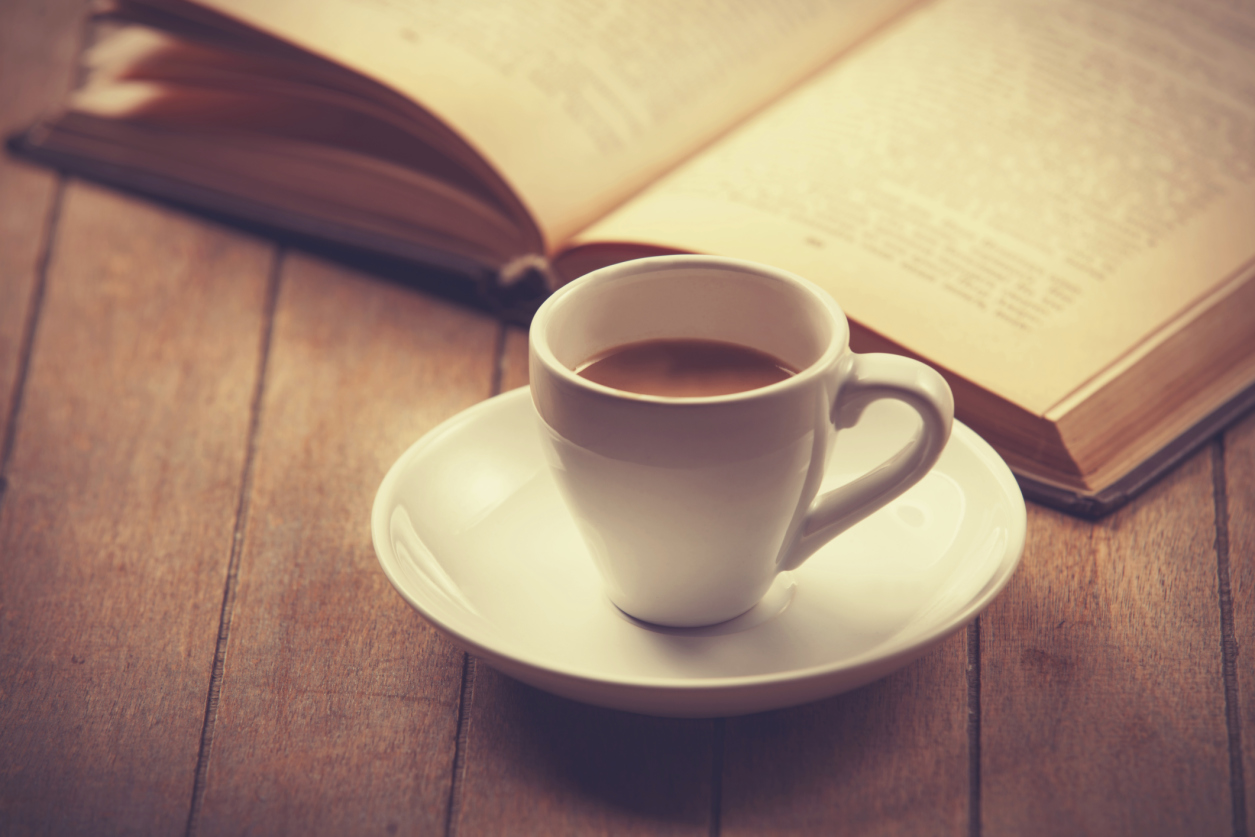 Principles for the Study of Gods Word: Word Study

We are going to be using e-Sword for our word study. It is a PC based software that must be installed on the computer. Once you install the software you don't have to have the internet connection.

While, all of the surviving manuscripts of New Covenant documents are in Jewish-Greek, the probability the original language was either Hebrew or Aramaic. Unfortunately, we don't have English Bibles that have Strong's Numbers for Greek across Old and New Covenant. It would be great to have a tool that allows us to search the entire Bible based on the Septuagint Greek (Jewish-Greek). Because of that it is not as straightforward to find the original 1st mention of the Greek-Septuagint word in its original Hebrew. The purpose of this article it is to provide with the basic e-Sword setup and steps to find the Hebrew original words. 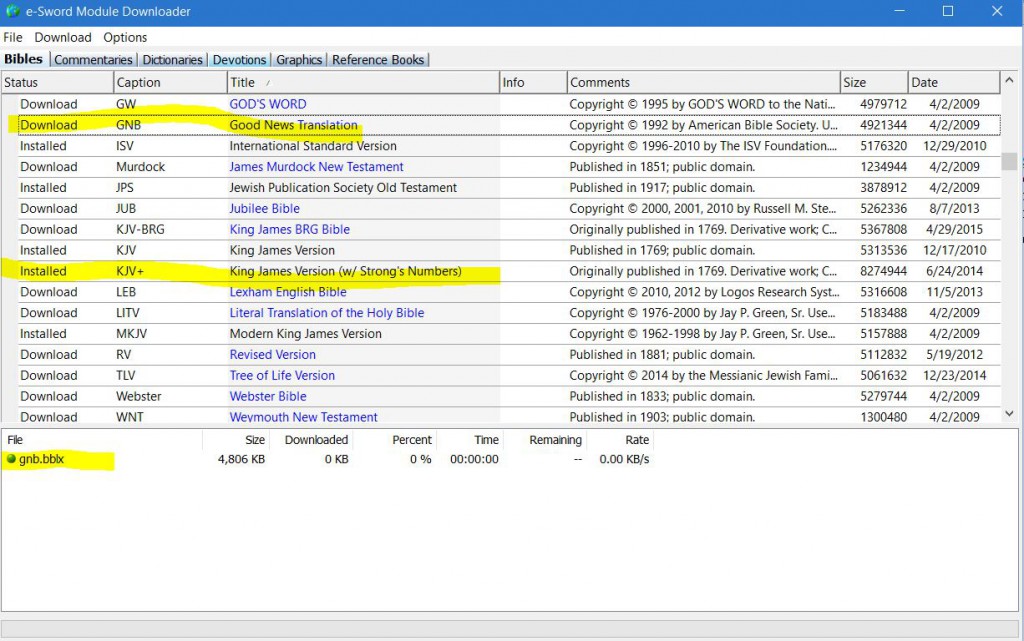 From the screenshot above you can see that I have King James Version (w/Strong's Numbers) already installed and by double clicking on any other version of the Bible you place it to download window below. Once all of the Bibles, Dictionary and Commentaries are selected Click Download --> Start to begin the download of the material to the PC. Once you downloaded the materials you don't need to have Internet connection any longer.

The quote above is taken from King James Version with Strong's Numbers. The numbers with letter G represent Greek number to the original Greek of the text. We will be interested in the word promise. Based on the G1860 our Strongs Dictinary gives us the follow meaning of that word:

ἐπαγγελία epaggelia ep-ang-el-ee'-ah From G1861; an announcement (for information, assent or pledge; especially a divine assurance of good): - message, promise. 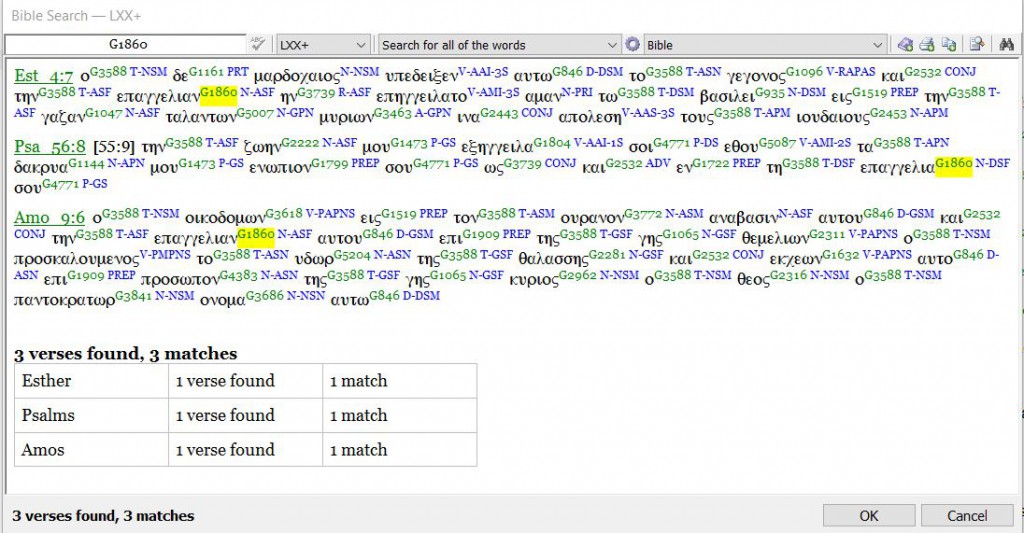 As you can see we have three times the original Greek word being mentioned. But wait what all this Greek and where is our beloved English? It is truly all Greek to me. Don't panic! If you had selected your Bible to be King James with Strong's in the main window of the program then by simply clicking on the verse it will lead you to the verse in English with Hebrew Strong's Numbers like so: 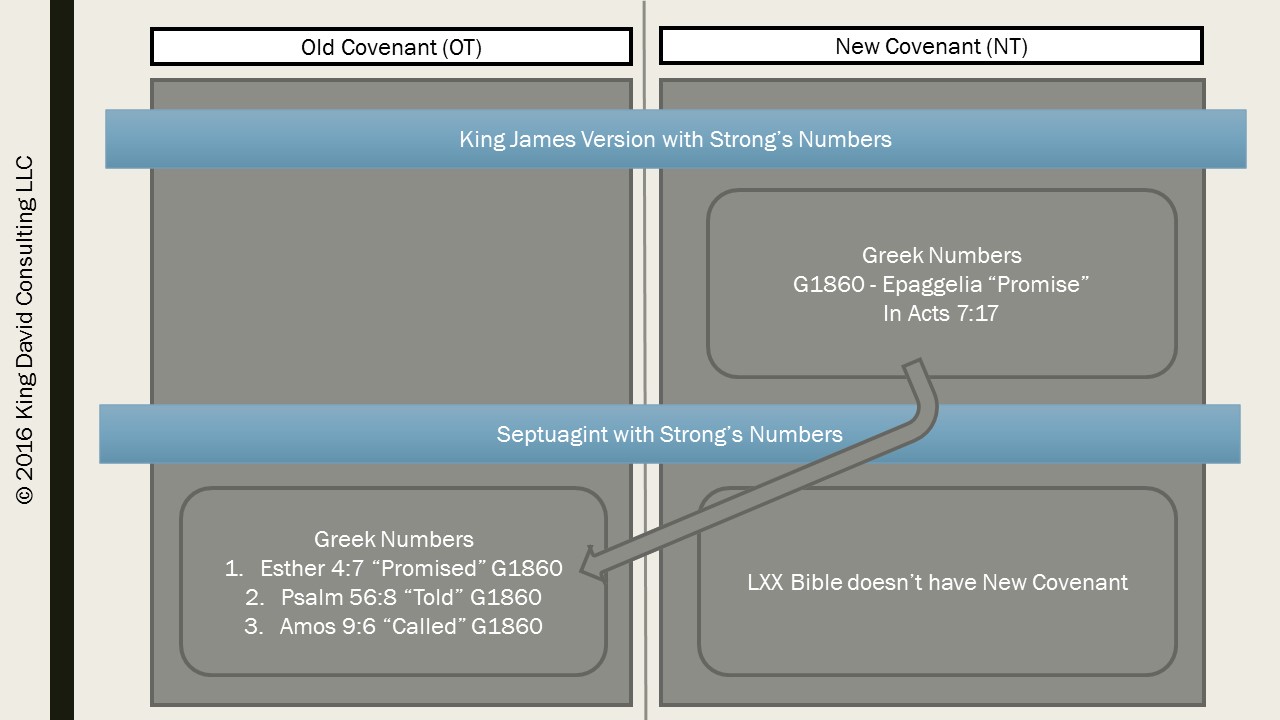 Once we found the Hebrew letters we can now go back to the Bibles --> Search --> Select KJV+ and type H599. This search will produce the 1st mentioned of that word in Hebrew. 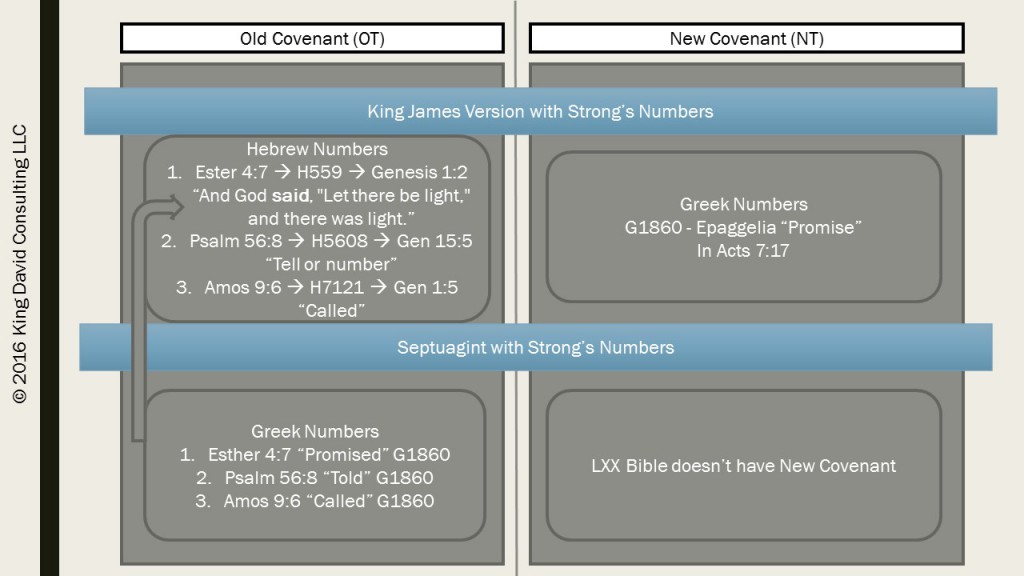 The specific original Greek word produced three Hebrew words, so not always we will have the exact match one-to-one from Greek to Hebrew.   I hope it helped to explained the mechanics of the discovery.