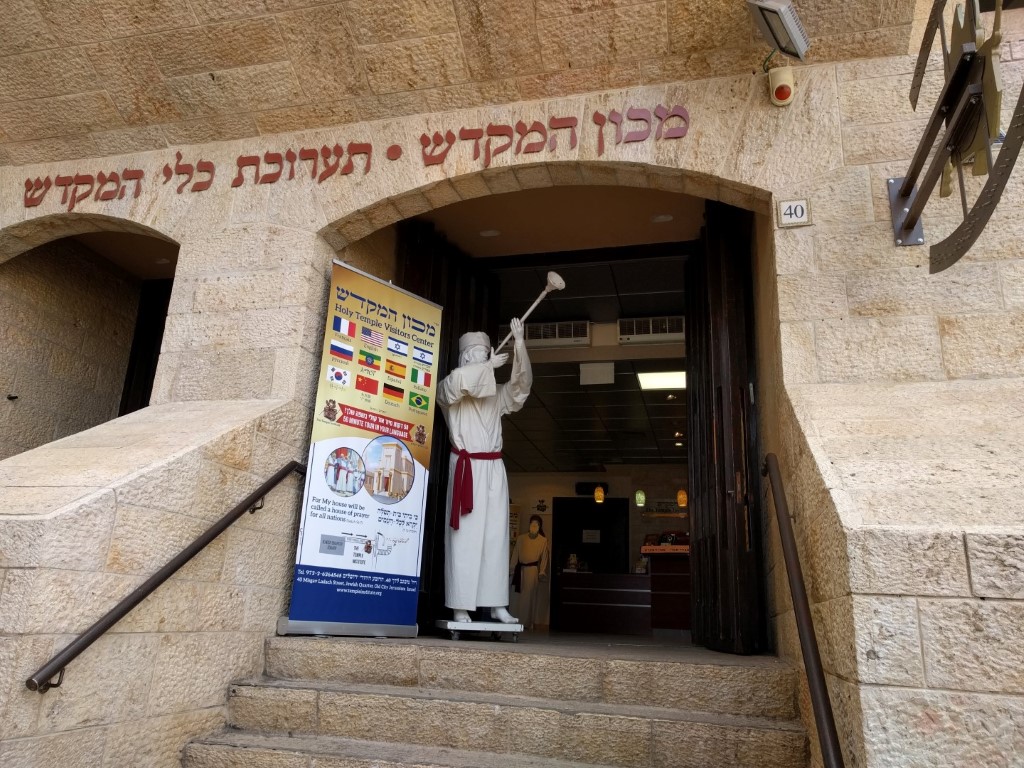 "In the beginning G-d created the heaven and the earth." This is how the story of this present age begins according to its Author. A few verses later in Genesis 1:14, G-d created the heavenly bodies for His appointed times to meet with all humanity.  As humans, we pass by in His created time and space. We are His created beings to live out His purposes and to commune with Him and with each other. Each of us are sojourners under the sun. Each passing generation struggles to understand and live out what G-d’s Word says and then live it out to the best of their ability. Faith is something we cannot inherit from our fathers. We may be raised in certain traditions, in certain ways to think about this world, but when it comes to the “faith of Avraham” it should take our personal will and obedience to partner with G-d to complete His plans and purposes. Some of us except what the previous generations laid out as the way thing should be, as truth, and as tradition and we never ask questions.  We trust the sources and we continue passing on those thoughts and traditions.  Traditions become a wonderful thing when they confirm and reflect the truths in the Word of G-d – all other traditions simply distract us from the truth.

The Day of Atonement/Yom Kippur is one of G-d’s appointed times - He created it for Israel and also for the nations:

"And it shall be a statute to you forever that in the seventh month, on the tenth day of the month, you shall afflict yourselves and shall do no work, either the native or the stranger who sojourns among you." (Lev 16:29)

The G-d of the Bible never excluded anyone from approaching Him and being a part of His family. If we truly seek after wisdom, we will find Him. The Bible/Tanak speaks of the G-d of Israel. He was and He is and He always will be the G-d of Israel; ethnic Israel. No amount of History can change this truth. No amount of theological exercise will make G-d change His mind on what He said to be true. G-d doesn’t change His mind on how He is to accomplish something on earth. Each generation can either be a part of His plan or resist His plan – those are the only options. Yom Kippur is a very solemn and special day for Israel and should be for all believers, as well. It is the day when the Levitical Priest would offer sacrifices for his own sins and for the sins of the people of Israel.

Unfortunately, some in both Jewish and Gentile groups do not believe in the significance of the Temple and the Levitical sacrificial system. Over the centuries both groups have developed very interesting and creative explanations based on what they saw fit. The Rabbis teach that G-d doesn't require bloody animal sacrifices any longer since the destruction of the Temple by the Romans in the 1st Century. Jewish people have since adopted to this reality. But, the reality is rapidly changing. The possibility of having a Jewish state was just a dream to so many at the end of the 19th century as they left everything and traveled to The Land that at the time was occupied by the Ottoman Empire. By the sweat of their brow, they drained the swamp, resisted constant attacks on all sides and built what we know today to be the thriving land of Israel. Rabbis haven’t changed their minds on the significance of the Temple because they have established their own ultimate Rabbinical authority when it comes to religious matters. This will soon change. The Temple will be rebuilt and the Levitical Priesthood will once again be established on the Temple Mount. I am convinced we might see it take place during our lifetime. Most people don't realize that Israel has controlled the Temple Mount since the 6-day War and doesn’t allow for the Jewish people to ascend it without a special permit. This power struggle for the hearts and minds of the Jewish people will change. Yom Kippur will once again be celebrated according to the text that’s never changed.

On the other side of the spectrum, we have yet another group of believers who identify themselves as "Christians" or part of Christendom. Predominately their teachings and theological tools try to prove that Jesus/Yeshua fulfilled everything and there is no longer a need to a.) identify with the Jewish people b.) follow their traditions. On both points, I believe the text within the Bible speaks differently. History demonstrates that instead of not having any walls of separation between the Jewish people and the Gentiles, we have rather thrown up huge walls that segregate each group from the other. Paul/Shaul stated in Romans 9:1-3:

"I am speaking the truth in Messiah—I am not lying; my conscience bears me witness in the Holy Spirit— that I have great sorrow and unceasing anguish in my heart. For I could wish that I myself were accursed and cut off from Messiah for the sake of my brothers, my kinsmen according to the flesh."

He was in distress over some of His kinsmen rejecting the very promise the Jewish people had been waiting for. What had they been waiting for and sadly some continue to wait for?  Their promised Messiah. And, yet the narrative of the centuries has been that all the Jews rejected Jesus. There is no hope for them and the thought is that since plan A didn’t work, G-d moved on to plan B.

Fortunately, we see in the text that Shaul never stopped identifying as a Jew, who lived as a Jew. In the book of Acts, we see many historical facts of him still celebrating all of the Appointed Times, offering sacrifices, going to the Temple and even taking the Nazarene vow. (For you scholars out there, a good study would be what he did precisely to fulfill those vows.) Since we are talking about Yom Kippur, here is what Luke recorded in Acts 27:9:

"Since much time had passed, and the voyage was now dangerous because even the Fast was already over, Paul advised them."

The word Fast was referring to Yom Kippur. Why Fast you might ask?

"It is a Sabbath of solemn rest to you, and you shall afflict yourselves; it is a statute forever."

This aspect of Yom Kippur is still in effect today. Fasting was and still is a form of affliction we bring upon ourselves. Jewish and Gentile people who join themselves to Israel are to afflict themselves that day as a reminder of the need of atonement for our sins. This was a picture of our dire need - not the solution of it. Even when the Temple is rebuilt, it will be a reminder of the need to have our sins atoned for.

They serve a copy and shadow of the heavenly things. For when Moses was about to erect the tent, he was instructed by God, saying, "See that you make everything according to the pattern that was shown you on the mountain." (Heb 8:5)

So many people look at this "copy and shadow" and conclude that the shadow itself is insignificant and miss the beauty in the things G-d appointed and prescribed as representative of His plans for Israel and the nations, both then and now. The Levitical Priestly system was never given by G-d to provide the solution for the sin problem. The entire book of Hebrews is written from the perspective of Yom Kippur and the need for a new Priesthood to be in effect by way of a New Covenant relationship with the G-d of Israel:

As you can see, the New Covenant that is quoted from Jeremiah 31 states "a new covenant with the house of Israel and with the house of Judah." Where do the Gentile folks come in? Unless you change the meaning of these words to mean something the Author never intended to mean aka "Church" or "Church Age", then the text speaks for itself. The passage demonstrates a United Kingdom of Israel and their promised Messiah, Yeshua, being the long awaited "King of the Jews."

Shaul revealed what was hidden for centuries about the Gentiles and the Jewish Kingdom:

Therefore, remember that at one time you Gentiles in the flesh, called “the uncircumcision” by what is called the circumcision, which is made in the flesh by hands— remember that you were at that time separated from Messiah, alienated from the commonwealth of Israel and strangers to the covenants of promise, having no hope and without God in the world. But now in Messiah Jesus you who once were far off have been brought near by the blood of Messiah. (Eph 2:11-13)

If it is the commonwealth of Israel, then why do we see the history of the Gentile Church wanting nothing to do with the very purposes of G-d for their existence? Gentile believers should have their citizenship stamped as the Commonwealth of Israel. There is no covenant with the Gentiles apart from G-d’s chosen people of G-d; the Jews. The climax of the New Covenant is yet to be fully fulfilled as prophesied by Zechariah 12:10

"And I will pour out on the house of David and the inhabitants of Jerusalem a spirit of grace and pleas for mercy, so that, when they look on me, on him whom they have pierced, they shall mourn for him, as one mourns for an only child, and weep bitterly over him, as one weeps over a firstborn."

"On that day there shall be a fountain opened for the house of David and the inhabitants of Jerusalem, to cleanse them from sin and uncleanness." (Zec. 13:1)

Yom Kippur should be a day of our identification for the far greater need of redemption. It should be a day for the Gentile believers to STAND with believing Israel as a faithful testimony of G-d’s faithfulness and those promises yet to be fulfilled. This day is the day of reflection, humility and solemn contemplation - Do I seek after the LORD as I should? Do I stand in the gap for my brethren?

Lest you be wise in your own sight, I do not want you to be unaware of this mystery, brothers: a partial hardening has come upon Israel until the fullness of the Gentiles has come in. And in this way all Israel will be saved, as it is written, "The Deliverer will come from Zion, he will banish ungodliness from Jacob"; "and this will be my covenant with them when I take away their sins." As regards the gospel, they are enemies for your sake. But as regards election, they are beloved for the sake of their forefathers. For the gifts and the calling of God are irrevocable. (Rom 11:25-29)

May you be blessed in the study and application of G-d’s Word through His appointed Times, and in partnering with Him in His plans for Israel, and for all of humanity. Baruch haba b'Shem ADONAI – Blessed is He who comes in the Name of the LORD!