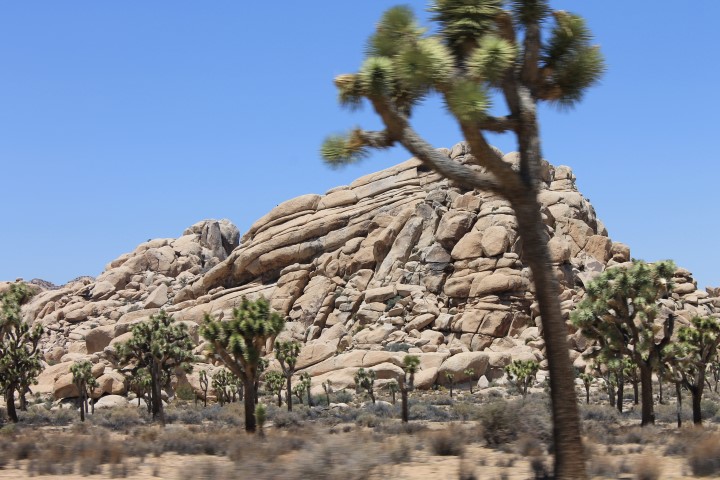 During our gathering we covered the 2nd half of Acts 7:17(b) and Exodus 1:1-7. It was yet another wonderful opportunity to dive deeper into God’s word and to learn together as men of God.

As part of our study we are using Stephen’s speech in Acts 7 as a guide for us to understand the context of the summary he gave at the council. As believers in Messiah Yeshua (Jesus) of Israel, we believe that all Scriptures is God inspired and the New Covenant (Testament) writings are an expanded commentary of the rest of the Scriptures.

"But as the time of the promise drew near, which God had granted to Abraham(a), the people increased and multiplied in Egypt (b)” (Acts 7:17)

In Genesis 15, we read that God gave the promise to Abram for the land of Israel and He also prophesied about Abram’s descendants being servants in a land that was not their own. God’s plan for salvation was not only to grow the nation of Israel from the 12 families of Jacob’s sons but to also deal righteously with the Egyptians and the Amorites. According to Genesis 15:16, God gave the Amorites 400 years to repent and to make it right before Him. The same principle is true in our own lives. Every day we take a new breath we know that God has given us a chance to repent and to make it right with Him. Are we listening?

We think of the Bible as a book but when Moses wrote the first five "books" of the Bible they were  scrolls made most likely of goat or sheep skins. The scrolls didn’t have chapter and verse divisions. That was added at the advent of printing presses in order to layout the printing of the Bibles. Thus, the chapter and verse divisions are not done based on the context of the text but rather in light of the printing technology of the day. That is why it is vital for us to read more than just a verse or chapter. We must always read more text in order to understand the greater context. Sometimes it means reading the entire Epistle (letter) or the surrounding chapters before and after a specific verse we’re studying.

We discussed the 2nd book (scroll) of Moses and the importance of its opening statement:

“These are the names of the sons of Israel who came to Egypt with Jacob, each with his household” Exodus 1:1

God cares about individuals and especially about our families. Do we care about our families the way God does as men and as leaders? Do we live out God’s truth in our daily lives? Of course, each one of us has so much to grow and to learn regarding what it means to be a disciple of Messiah Yeshua (Jesus) but as we discussed the first 4 sons of Jacob we learned that they too had their own shortcomings; nevertheless, their shortcomings never stopped God from refining them into men of God at the end.

Reuben, Simeon, Levi, and Judah, Issachar, Zebulun, and Benjamin, Dan and Naphtali, Gad and Asher. All the descendants of Jacob were seventy persons; Joseph was already in Egypt.  (Exodus 1:2-5)

Here is the visual diagram of the twelve sons: 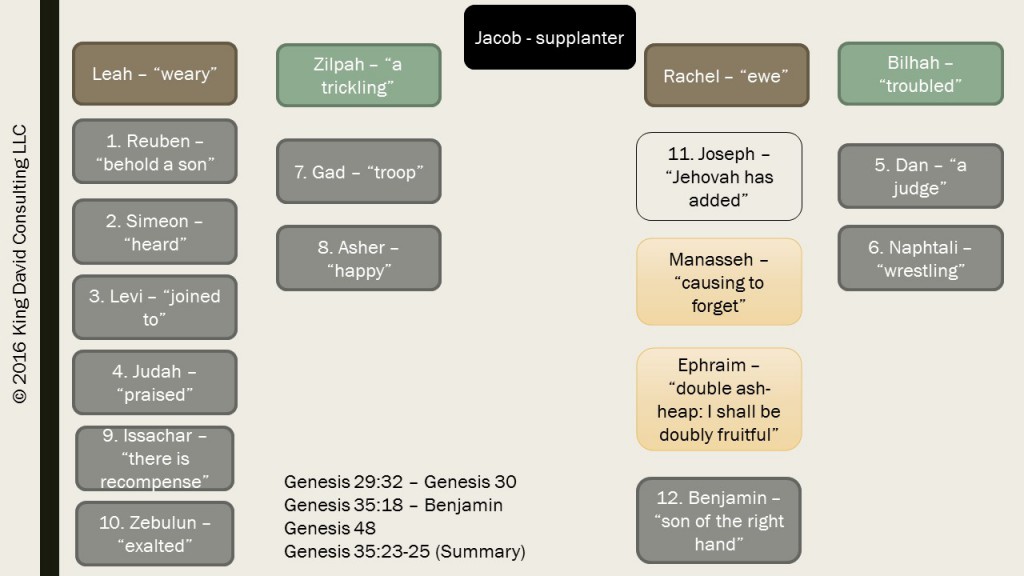 While Reuben was the first born and the strength of his father he didn’t inherit the blessing of the first born because he chose to violate his father’s marriage bed. (Genesis 35:22) Simeon and Levi took the avenging of their sister Dinah into their own hands by tricking the King of Shechem and their men to be circumcised only to be killed by them in the end. (Genesis 34)

The Lion of the tribe of Judah is what Yeshua is called but what about the personal life of Judah - how does he measure up to the morality of God? He made a mess of his own family life by marrying two Canaanite woman whose names are not even mentioned in the Bible. His two older sons were so wicked that God killed them and while Judah promised to give his third son to his widowed daughter-in-law Tamar. He was too afraid for that son to die, as well. Tamar, out of desperation, chose to disguise herself to play the harlot with her father-in-law and this is where Judah’s sons, Perez and Zerah, are brought forth into existence. (Genesis 38)

Each of these men had their failings yet they had their refining process as well as the consequences of their poor choices to bare. In a like manner, we are also given a 2nd chance and our past should not dictate our present with the Lord! We are encouraged that if we follow the Lord, we too can be changed and transformed into the men that God desires us to be.

“But the people of Israel were fruitful and increased greatly; they multiplied and grew exceedingly strong, so that the land was filled with them.” (Exodus 1:7)

It was 70 persons, plus Joseph’s family, that God used to build a nation. We should never despise small and humble beginnings. Israel grew to be a nation in God’s perfect will for them. The phrase “multiplied and grew” can refer not only to the numerical number of people but also the spiritual growth of the individuals. Man was made in God’s image and God’s desire was for man to represent His image to the rest of creation.  Because sin entered the equation long ago we now must persevere through this ongoing struggle of choosing our own way or choosing God’s way. Let us be encouraged that as men we can be spiritual leaders in our homes, we can encourage ourselves and the people around us to live out our lives in the perfect will of God.