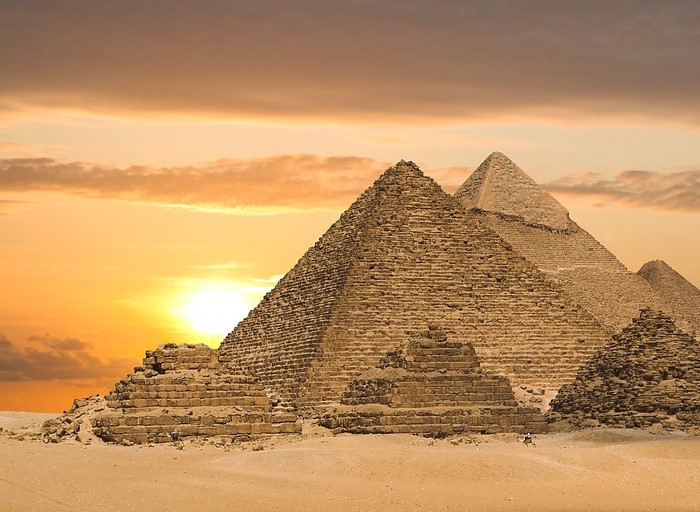 Discovering Moses: Preparation of Moses thru the Failure

Monday evening was a great time of encouragement and challenge from God’s Word and Yeshua in each of us. Jim Hughes, from Peregrine Ministries www.peregrineministries.org , facilitated our gathering and we are grateful for the leadership and encouragement he brought to the group.

We began with some catching up and then with a word of prayer. Since we are covering the Exodus account thru the eyes of Stephen we zoomed out from the Exodus text to be reminded of the full narrative and context of our study. We mainly focused on the Exodus passage.

Jim asked the question, "If we had a person in our meeting that had no Biblical background or knowledge, where would we go to start the study of Moses as we are now studying it?"

As we discussed - the story stretched further and further back with a solid beginning pointing to God's covenant with Abraham, with the foreshadowing of God's salvation promise & plan stretching all the way back to the garden of Eden.

1. We cannot deny God’s purposes for our lives. Moses realizes his calling.

"When he (Moses) was forty years old, it came into his heart to visit his brothers, the children of Israel. (Acts 7:23) One day, when Moses had grown up, he went out to his people and looked on their burdens, and he saw an Egyptian beating a Hebrew, one of his people. (Exodus 2:11)

From the above verses, we might ask ourselves the following question: “What does it mean Moses had grown up? Why did it take him forty years?” It looks strange that it took Moses almost forty years before he associated himself with his brothers. The original Hebrew for “had grown up” is H1431 גּדל gâda meaning to grow, become great or important. It is first mentioned in Genesis 12:2:

And I will make of you a great nation, and I will bless you and make your name great, so that you will be a blessing.

God promised Abraham to make his name great - this implied a status within society and God’s provision of grace for all humanity. It seems that Moses reached some level of power within the Egyptian system of government and felt secure in that position to fulfill his calling for the deliverance of his people. He was adopted into Pharaoh’s family but still had to be given the position of power as he grew up.

How do we measure ourselves and our maturity? Is it based on our status in society? Is it based on how many things we’ve accumulated? A while back I remember chuckling at a car bumper sticker that said: “The man with the most toys wins.” Later, there was a correction to that statement: “The man with the most toys still dies.” How true this is in the midst of our consumerist society. Moses didn’t even consider participating in God’s plan until he had obtained power within the Egyptian government. Yeshua, on the other hand, didn’t hold any position within any government or religious institution and yet He saved and delivered people.

Can we consider that our power and our position comes from Yeshua Himself? We are His disciples and we cannot be greater than our teacher/master.

And seeing one of them being wronged, he defended the oppressed man and avenged him by striking down the Egyptian. He supposed that his brothers would understand that God was giving them salvation by his hand, but they did not understand. (Acts 7:24-25) And he saw an Egyptian beating a Hebrew, one of his people. He looked this way and that, and seeing no one, he struck down the Egyptian and hid him in the sand. (Exodus 2:11-12)

The wrong that Moses observed was a beating by an Egyptian. Did it deserve capital punishment? The Torah doesn’t judge the man to be condemned to death for such actions. Moses’ actions were motivated by his own wisdom and interpretation that was apart from God’s wisdom. He repaid evil for evil, while God commands us:

Repay no one evil for evil, but give thought to do what is honorable in the sight of all. (Romans 12:17)

We know the Hebrews were oppressed and such beatings were occurring all the time. It is Moses who finally realized that and decided to act upon his power. Stephen’s narrative gives us the reason for his actions. “He supposed that his brothers would understand that God was giving them salvation by his hand”. This makes it obvious where Moses was coming from. He knew who he was and the miracles that kept him alive but his training was based on the world’s system and not upon God’s word.

Similarly, we as the man can be secure in the role of our jobs yet struggle with not being able to manage our own households. Why is this? Moses commits murder and then tried to justify it in his mind. God said that:

"Whoever sheds the blood of man, by man shall his blood be shed, for God made man in his own image. (Genesis 9:6)

Moses knew better than killing the Egyptian. The murder was punishable by death, even in Egypt, as we will see later. In Genesis, God explains why it is wrong. It is wrong because we are image bearers of our Creator.  We too are not exempt from making excuses for our wrong actions. We can be very creative in our justification process to make ourselves OK with sin.

Can you relate? Are we swift to judge others and take actions against others that are apart from God’s truth and love? If so, let us confess our sins and repent from our ways. We can do better. God gave Moses a second chance, as well.

3. Moses was understood by his people for who he was, a ruler/prince of Egypt, yet the people of Israel rejected him as their deliverer.

And on the following day he appeared to them as they were quarreling and tried to reconcile them, saying, 'Men, you are brothers. Why do you wrong each other?' But the man who was wronging his neighbor thrust him aside, saying, 'Who made you a ruler and a judge over us? Do you want to kill me as you killed the Egyptian yesterday?' (Acts 7:26-28)

When he went out the next day, behold, two Hebrews were struggling together. And he said to the man in the wrong, "Why do you strike your companion?" He answered, "Who made you a prince and a judge over us? Do you mean to kill me as you killed the Egyptian?" Then Moses was afraid, and thought, "Surely the thing is known."  (Exodus 2:13-14)

God is patient with us. He gives us a chance to deal with our sins. Moses could have been arrested the same day for his murder, yet God allowed Moses to go back to the crime scene the following day and be confronted by the very people he tried to deliver. The Israelites knew that he was part of the Egyptian system and the original word for Prince is H8269 שׂר sar  “prince”. The Russian language derives their word for ruler, or Zar, from this Hebrew word. It was first mentioned in Genesis 12:15 in conjunction with Pharaoh's household. Moses’ identity was Prince over the Egyptians. He also was a judge.  The Hebrew word H8199 שׁפט shâphaṭ' is first mentioned in Genesis 16:5 and means to execute judgment, to rule or govern. Moses wasn’t executing righteous judgment and his own people rejected him to be their prince and judge. Of course, later in the narrative, this will change once the Lord has worked on Moses’ heart and molds him into the man He created him to be.

The Power of Egypt was turned against Moses rather than used to accomplish God’s purposes. He was Egyptian Prince yet his actions caused the loss of that position. Have you been in a situation where the wisdom of the world causes you to misapply or misuse your God given position?

4. When we reach the end of ourselves, then God can work on us. Moses’ preparation began when he became a foreigner in a foreign land.

Moses escaped from Egypt. It was the beginning of God’s training program for him in humility and in the character that he needed to have to lead the people of God out of their bondage. When we are stripped bare of all dependencies we find in this world then we are finally ready to depend on Him for all our sufficiency.

As the meeting progressed, we spoke of the timing in the awakening of Moses' perspective towards his people, his response to that compelling calling and the years of preparation that followed.

“By faith Moses, when he was grown up, refused to be called the son of Pharaoh's daughter, choosing rather to be mistreated with the people of God than to enjoy the fleeting pleasures of sin.  He considered the reproach of Christ greater wealth than the treasures of Egypt, for he was looking to the reward.” (Hebrews 11:24-26)

As men of God, do we have the same kind of faith that rejects the fleeting pleasures of this world?

One of the men in the group summarized the discussion nicely when he offered, "So, what we are saying is that God is on a mission and He invites us to be part of it with Him. It's not that we have a mission and then ask God to help us figure it out and bless it."

In our next session, we are going to see the story shaping Moses into a leader in an unlikely place. Let us be encouraged in our hearts that what God has promised He is capable to fulfill.