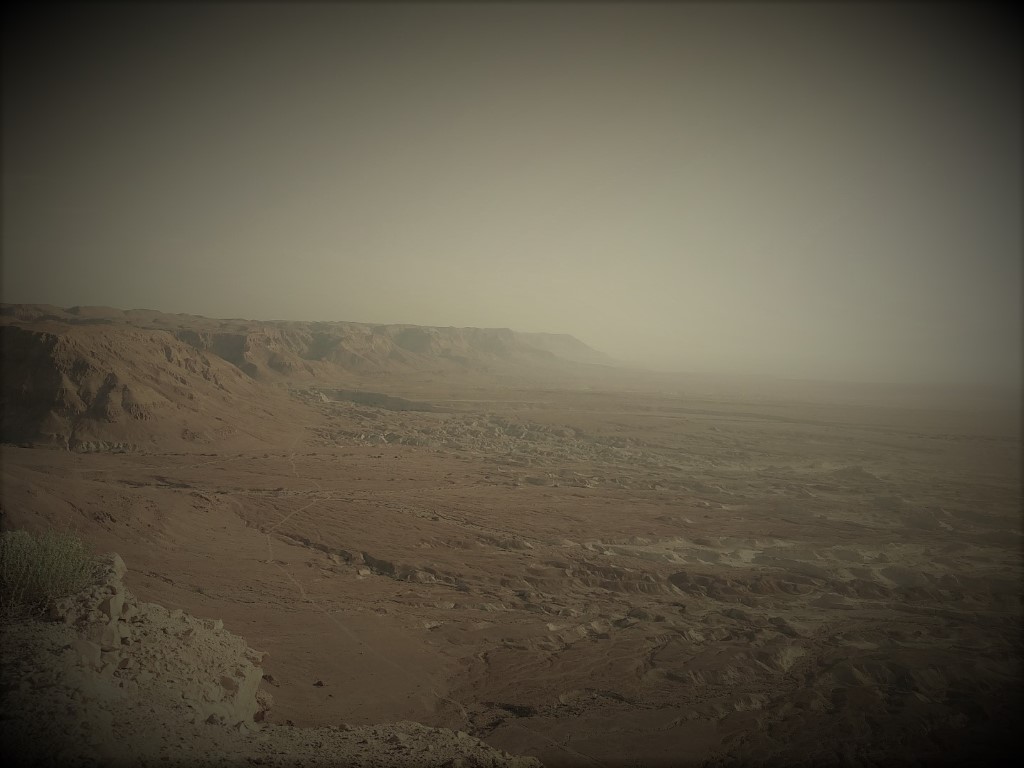 The 5th and final excuse of Moses must be viewed in light of his prior excuses. Here is a table of the 4 previous excuses Moses provided God and the LORD’s response to his excuses:

When we gathered this past week and before we began studying the scriptures at hand, we went through the previous excuses of Moses to set up the context for our study. It is crucial for us as believers to know what the Bible says and not what we feel or think about it. The application of the truths can occur once we understand God’s original intent of the Scripture.

The more literal interpretation of this verse would be:

And he said: "O my Adonai (אדני), Please send by the hand of him whom You would send?"

This is the 5th and the final objection that Moses provided to God. In a nutshell, this summarizes all of his other excuses up-to-date. Oh Lord, can you send some else because I am not willing to face my past at this time or any other time? Though Moses had a supernatural encounter with God and was given several divine miracles as proof that God is all powerful, the bottom line was he was afraid. Regardless of the miracles, he had experienced and the fact that he had been in the very presence of God, Moses’ feelings of fear overpowered him. Remember, God hadn’t yet assured Moses about his past and about how the last time he left Egypt he was considered to be a fugitive on the run and that now he would be returning to that very place. As far as God was concerned, it wasn’t time to deal with the fruits of Moses’ life – his status of being a fugitive. God was more concerned with Moses establishing his roots in the LORD, developing trust in God that he would be able to lean on for the rest of his life. If we stop and think about it, a lot of our fears stem from the fear of death. If we are not believers, death means the end and the danger of the unknown. Moses was doomed to be punished for his capital crime if he went back to Egypt. He was afraid. What fruits of our own poor choices prevent us from serving the Lord fully?

In contrast to Moses’ fears, God had a plan for Moses long before he was even born. God brought forth Moses’ birth at a time when all Hebrew boys were being slaughtered by Egyptians. God raised up Moses’ mother to defy the law of the land for the love of her God as she chose to trust the promises of God that Israel’s deliverer was coming. Moses’ sister was there to observe what would happen to her helpless, baby brother yet she was not afraid to step up and give advice to Pharaoh’s daughter when the opportunity arose. Moses, when he realized his calling, attempted to deliver his people the way he was taught by the world - which was founded in his strength, his might and his power. Now when God is finally sending him back to fulfill his calling on his life with God’s strength, God’s might and power, he is not willing to do so. Fear is a powerful thing. Paul, while he was imprisoned for the Good News, wrote to Timothy the following words:

For God gave us a spirit not of fear but of power and love and self-control. Therefore do not be ashamed of the testimony about our Lord, nor of me his prisoner, but share in suffering for the Good News by the power of God (2 Timothy 1:7-8)

We might be asking ourselves: “How can Moses not be assured?” Great question! We are not born leaders, rather we are raised by God to become His leaders. This is what is happening with Moses and this is also what should be happening in our lives as men, as well. Be encouraged. It takes time to grow into this role.

Let us also notice that this is the second time Moses uses the name “Adonai” to refer to God, rather than using the divine name given at the burning bush by God.  Moses appears to be deliberately avoiding the implication of the name “I AM”.  If he used the great “I AM” then it would mean that he acknowledged the power and the purposes of God for his life. But fear is still in the way, blocking him from embracing this truth completely. As believers in Messiah Yeshua, we are encouraged by the Ambassador (Apostle) John:

Little children, you are from God and have overcome them, for he who is in you is greater than he who is in the world. (1 John 4:4)

Do we embrace this truth about our current positions in the world in light of God’s kingdom? Or are we like Moses, always finding an excuse for what God has in mind for our lives?

Then the anger of the LORD was kindled against Moses and he said, "Is there not Aaron, your brother, the Levite? I know that he can speak well. Behold, he is coming out to meet you, and when he sees you, he will be glad in his heart.  (Exodus 4:14)

Adonai, though slow to anger by His very nature (Ex. 34:6), in this verse became very angry with Moses because of his reluctance to obey God’s command. God’s anger is righteous.

“The Anger of the LORD was kindled” when literally translated reads: “The nostrils of Adonai burned.”  In Genesis 30: 2 this phrase is used for Jacob in conjunction with his wife Rachael’s demand for him to give her children. In general, God’s anger is usually followed by some kind of punishment when this phrase is used. In Jewish tradition, the question that God raised here about Aaron the Levite is an indirect indication that the role of priesthood was passed onto Aaron and his descendants rather than to Moses as a direct consequence of Moses’ disobedience. There are always consequences for our actions, or in this case his inactions. Later, this fact is recorded in 1 Chronicle 23:13-14:

The sons of Amram: Aaron and Moses. Aaron was set apart to dedicate the most holy things, that he and his sons forever should make offerings before the LORD and minister to him and pronounce blessings in his name forever. But the sons of Moses the man of God were named among the tribe of Levi.

It is also notable that Aaron is mentioned for the first time here and introduced as Moses’ oldest (Ex. 7:7) brother in this verse. His brother hadn’t been raised in Pharaoh’s palace yet God stated that He knew that Aaron spoke well. It is amazing to see how God is in control of everything even before Moses voiced his last excuse.  God had already sent Moses’ brother on a journey to meet him.

There is also another important principle seen here.  Adonai is never unjust as our Master and He always tasks us with what we can handle in life if we choose to rely on Him for strength and wisdom for our life.

You shall speak to him and put the words in his mouth, and I will be with your mouth and with his mouth and will teach you both what to do. (Exodus 4:15)

In ancient Egypt, there was a chain of command in existence.  Because Pharaoh was considered to be a god the average, everyday person could not approach his presence.  Pharaoh’s degrees were carried out by high Egyptian officials declaring that they were directly from “the mouth of the king”. This official job was to speak to the people Pharaoh’s exact words. So now we see the God of Israel is establishing His order of command: God would speak to Moses, Moses would speak to Aaron, and Aaron would speak to Pharaoh. Moses was never to speak directly to Pharaoh.

He shall speak for you to the people, and he shall be your mouth, and you shall be as God to him. (Exodus 4:16)

The implication of this verse is mind-boggling. Take a look at the original word for God in this verse. The Hebrew word used here is exactly the same one that is used in Genesis 1:1 H430 אֱלֹהִים 'ĕlôhı̂ym. This is the first time in history that God is bestowing His characteristics on a man, allowing Moses to speak on His behalf and perform miracles in His name.  In Genesis 20:17, Abraham prayed for king Abimelech and he and his household was restored to health. Abraham was then considered to be a prophet. Moses’ role goes beyond being a prophet. Moses becomes God’s representative of Him to the people. He is therefore not just another character from the Bible. In light of all of the complaining Moses did, God’s perfect revelation of His plans are not changed at all. On the contrary, Moses becomes exactly what Yeshua represented when He walked this earth: the final mediator between man and God (Hebrews 9:15,12:24).

Yeshua became our mediator and perfect sacrifice which is why we can boldly enter into God’s presence. Moses foreshowed what Yeshua has fulfilled so beautifully for us. But the seeds of God’s greater plan can be found here in this verse.

And take in your hand this staff, with which you shall do the signs."  (Exodus 4:17)

Moses staff is to become his emblem of authority. He was fully prepared and consecrated to do the work of God with God’s power and enablement. The ordinary staff that Moses used for his daily work was transformed into God’s staff.

The staff was also a symbol of Moses’ life in the hands of God. The power was not in the staff, but in God. Of course, we know this. But do we apply this in our lives is the real question? Where does our enablement come from to be the husbands, the fathers the men God has called us to be? And just as that staff would become powerfully active only when it was taken into Moses’ hand, so Moses would be able to do nothing until Moses became like a staff in God’s hand.

Although we observed Moses’ reluctance to obey, this fact didn’t deter God’s perfect plan to be fulfilled. He not only provided Moses with a chain of command to represent Him before Pharaoh and Israel, He also raised Aaron his brother to be his spokesperson. Thus God addressed Moses’ complaints of inability. But it didn’t stop just there.  Moses foreshowed prophetically what Yeshua the Messiah of Israel would become as our mediator of a better covenant (Hebrew 8:6) for all of us.

It is easy for us to judge Moses for his excuses and his un-wiliness to do God’s work, but if we look deep down into our own heart of hearts we will realize that we would have acted no differently. Instead, we should be encouraged and strengthened by God’s revealed power both then and now. It is never about what we can do but what our God can accomplish with everyday, ordinary men like us.

At God’s command, Moses left the burning bush and we might have originally thought that he was mature, eager and ready for the tasks required of him, but throughout our study, our original assumptions have had to be adjusted to the truths we are uncovering.  Let us wait and see what our hero is going to do next. Meanwhile, let us be diligent in our continued study of God’s word, in our daily prayer for each other and in our fellowship one with another.